It is made of the multi-spectral fabric “STEALTH CLOAK” which is an advanced material that protects against Visual, Thermal/IR & Radar Sensors & Weapon systems.
"STEALTH CLOAK” is a flame resistance impregnated fabric having excellent mechanical properties and resistant to tearing. Fabric is printed with our stealth Inks formulation to give Visual, Thermal/IR and Radar protection capability. It is a unique and advanced product which can be used as a signature cocealment cover or as a GHILLIE SUIT delivering drastic reduction of the heat signature and radar cross section of the covered platform or personnel.

An Intermat Stealth Cloak covered platform or personnel is degraded to a low-grade blurred target that fades into the background clutter having identical emmisions with its surrounding and consequently  concealed against advanced weapon systems, aiming-observation systems and surveillance-recognition platforms making hard to be detected and engaged .

STEALTH CLOAK fabric is supplied in tailored shapes, dimensions, camouflage colors and in rolls for customization by end-user at his preference.

U.S. Marine Corps Commandant Gen. David Berger has stressed the importance of reconnaissance and counter - reconnaissance capabilities and in his report "Force Design 2030" states: "The hider - versus finder competition is real. Losing this competition has enormous and potentially catastrophic consequences. This makes success in the reconnaissance / counter-reconnaissance mission an imperative for success."

Gen. Eric Smith, assistant commandant of the US Marine Corps, referred to the psychological element of fear and uncertainty and said: "You never know when you're being tracked by an eye in the sky that's just waiting for the signal to strike. And you have to drop your signature. If you're seen, either because you radiate, or because you're physically seen, you're targeted almost immediately."

So SEE - WITHOUT BEING SEEN is an imperative nowadays for surviving and winning on the modern sensor-rich battlefields. 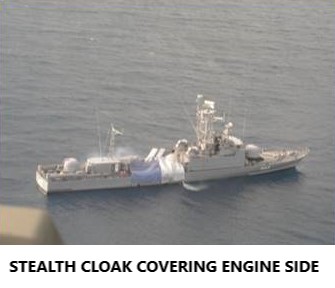 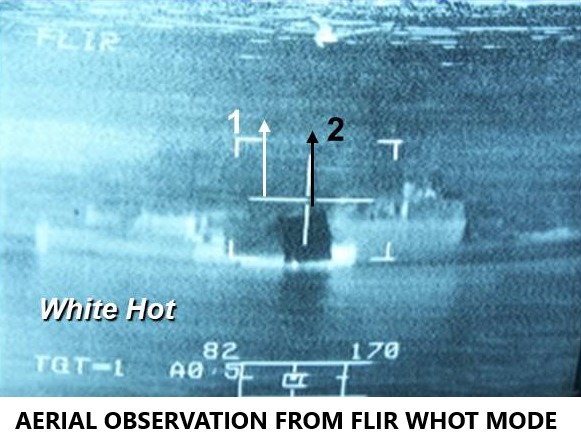 "PHANTOM OF WAR" GHILLIE Suit is an all-weather, state-of-the-art signature concealment system that provides multi-spectral protection for snipers, scouts and reconnaissance teams designed by Marines, engineered and built by Intermat.

All models comprise of a jacket, pants, hood, face shield and are worn as an overgarment.

Models ATGS-17 and MSGS-18 have been designed by Marines and provide the following extra features: 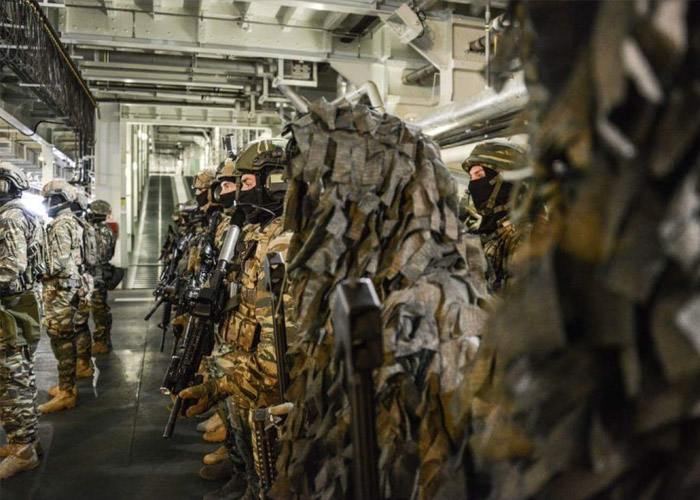 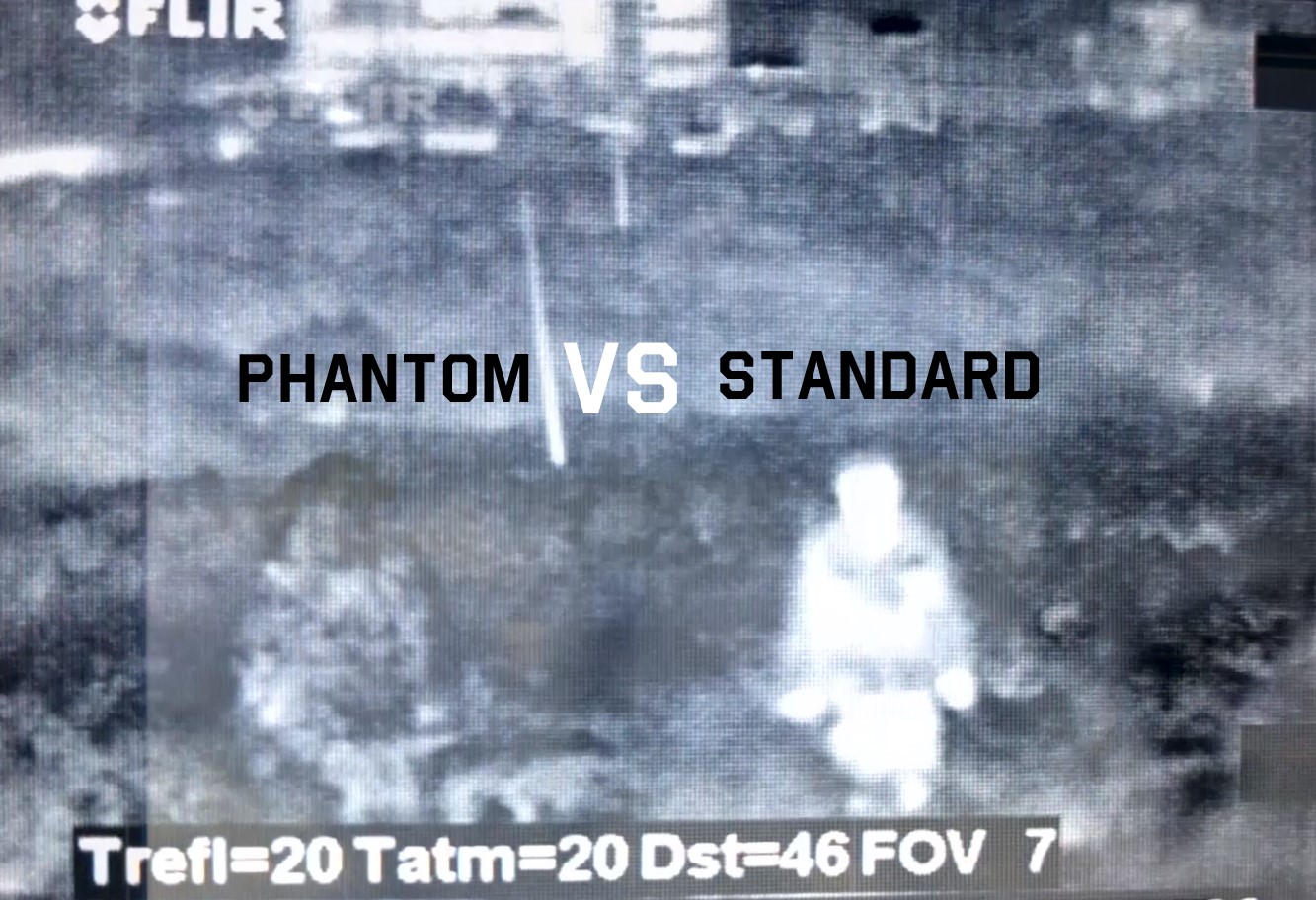 Special Operations Forces can extremely benefit from such concealment system getting  invisible like "Phantom of War" while "OWNING THE NIGHT". 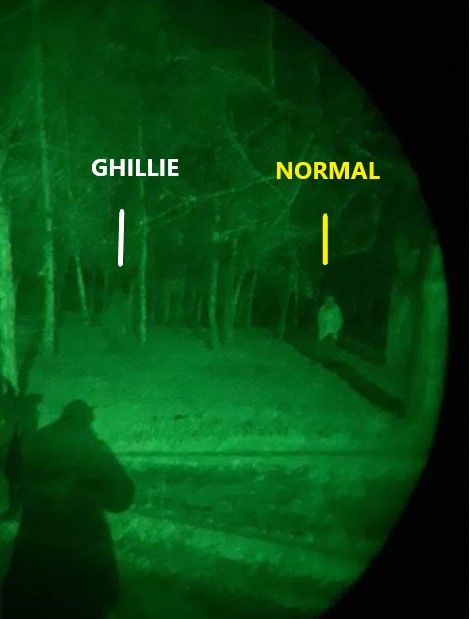 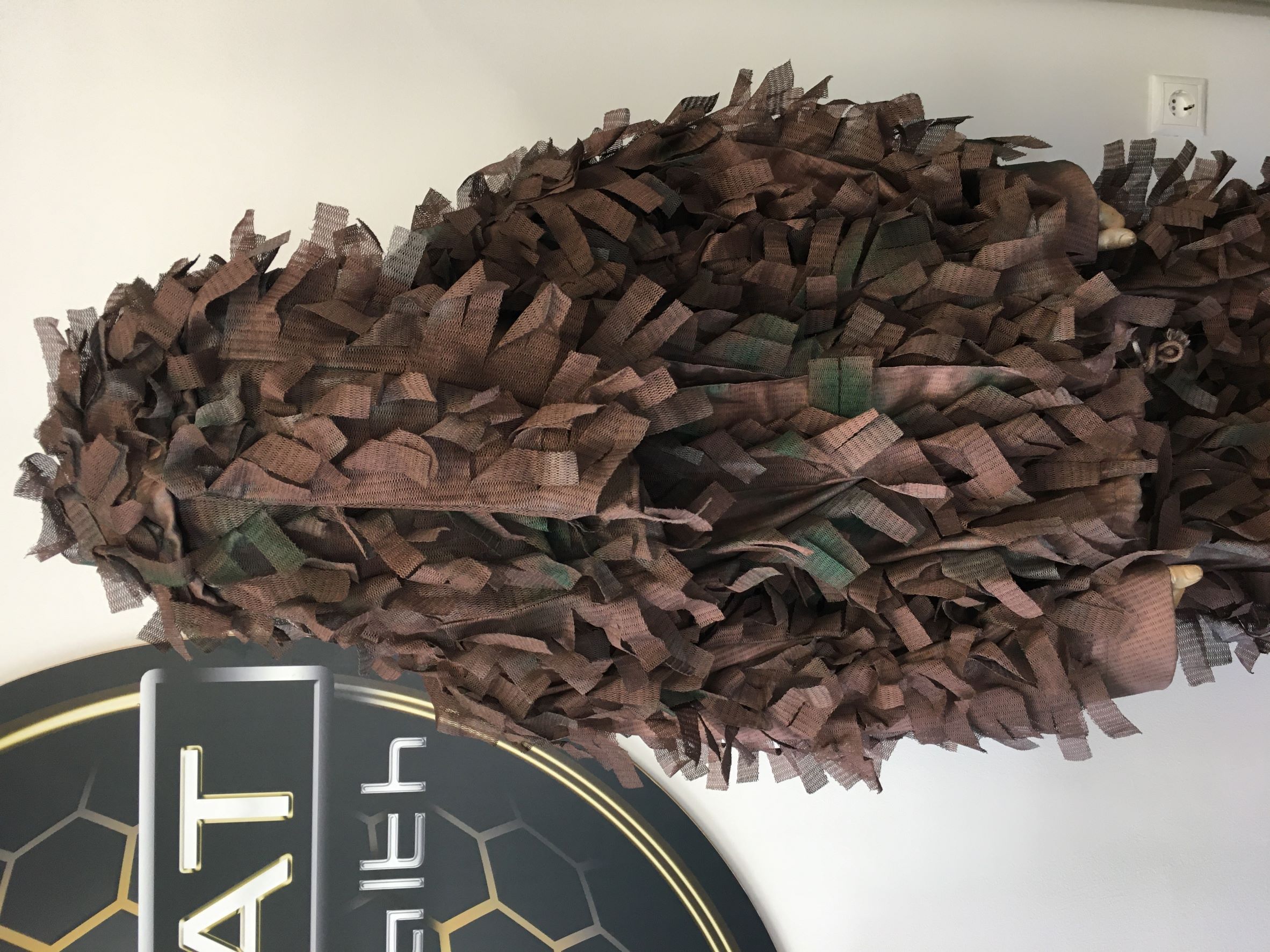 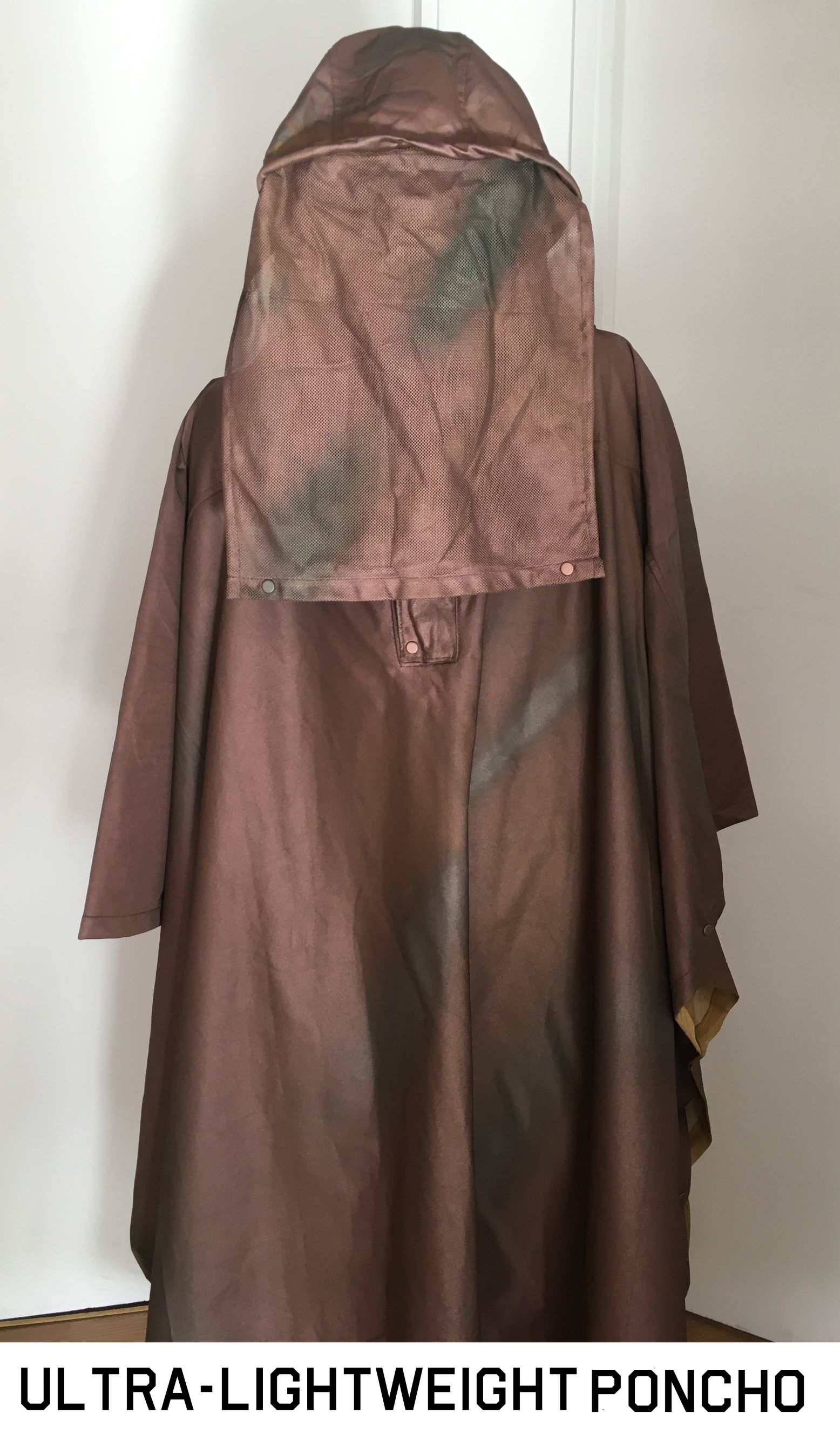 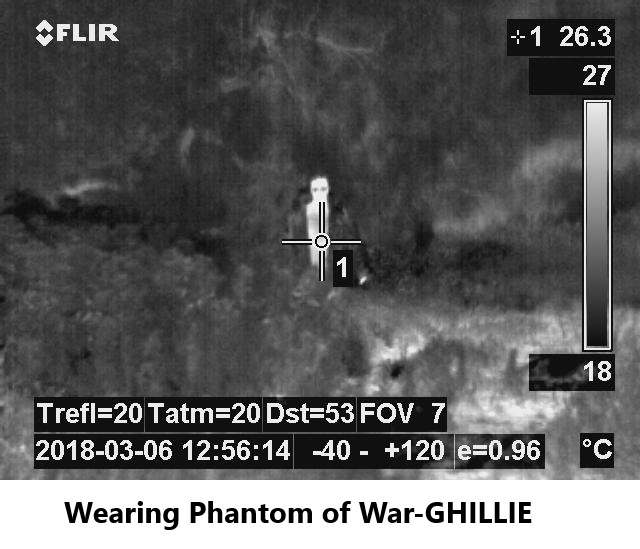 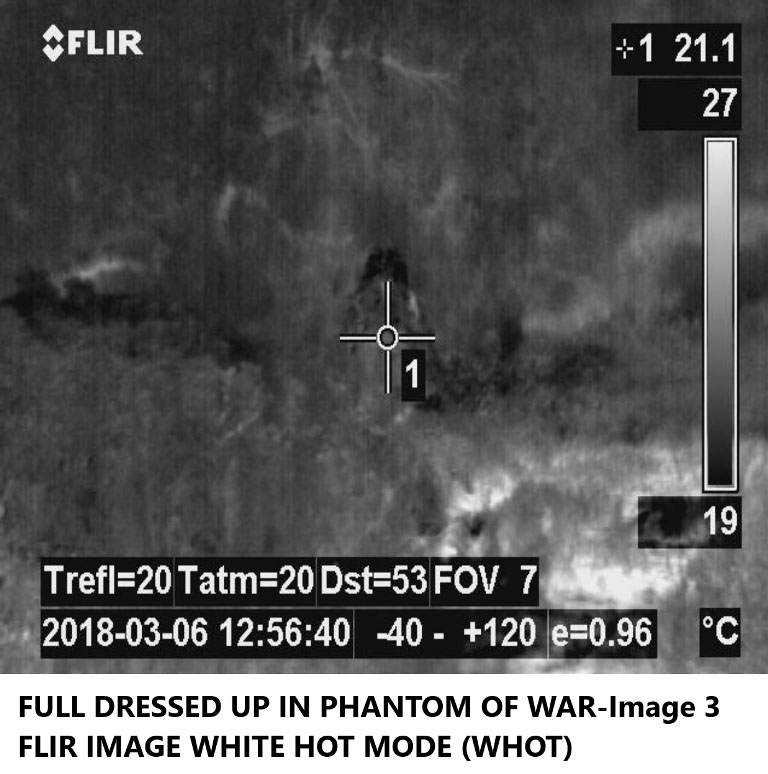